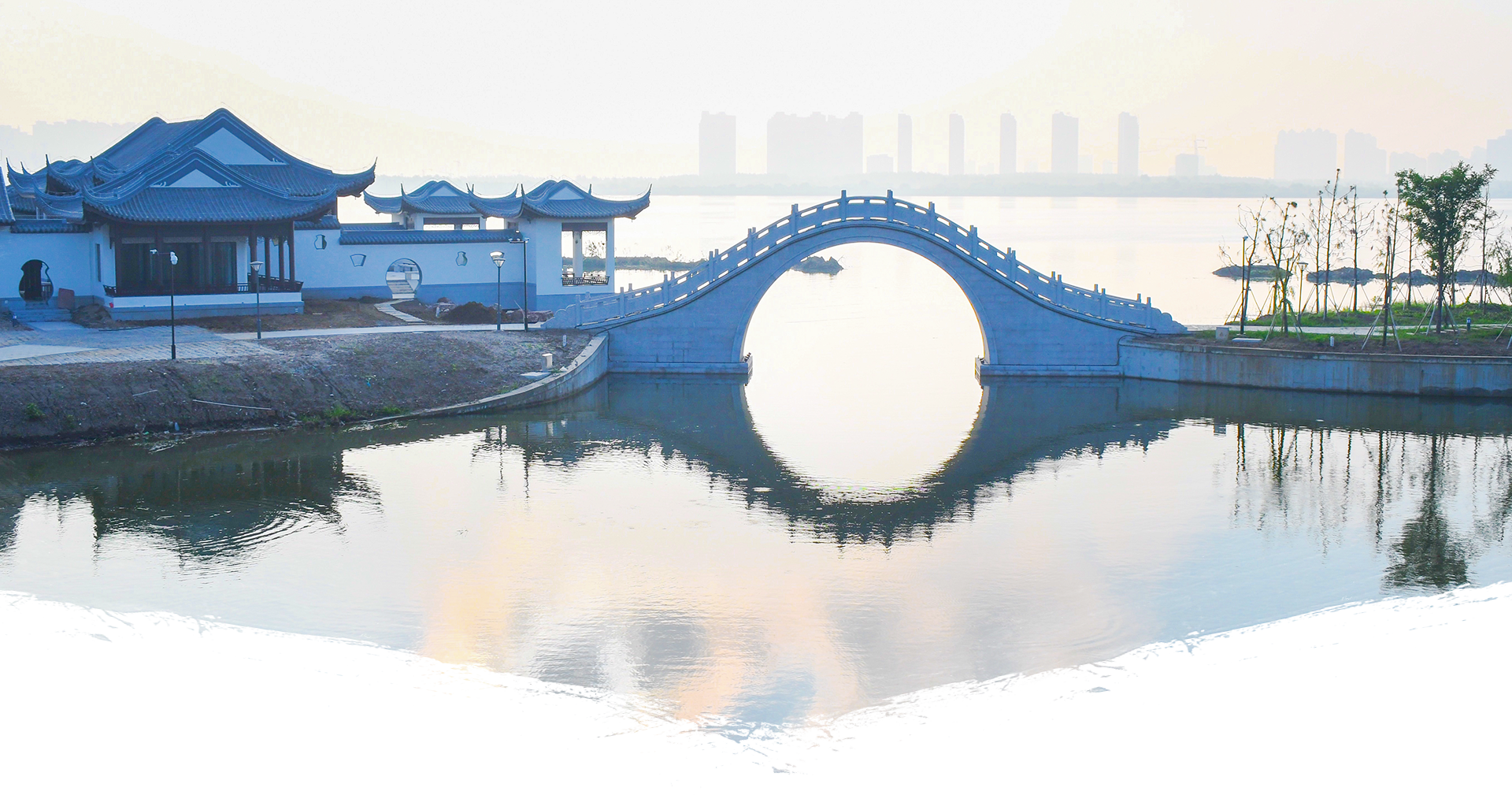 Changshu, a respected 3,000 year old city where Wu culture originated, has a glorious tradition of advocating literacy and education. Its roots trace back to the Spring and Autumn period, when Yan Yan, one of Confucius'students, came back from the north to disseminate Confucianism. The traditional Chinese academy in Changshu, the Literature Academy, started during the second year of the Zhishun Reign in the Yuan Dynasty (1331 AD), and was built to worship Yanzi. The Academy was built, redesigned and rebuilt many times, and in the 34th year of Wanli Reign (1606 AD) it was renamed Yushan Academy. Since then, it had been repeatedly rebuilt. The Academy was destroyed in the war of the 10th year of Xianfeng Reign, Qing Dynasty (1860 AD), and only the memorial temple of Yanzi survived.

In September 2018, a tradition Chinese academy was built and opened in UWC Changshu China with a total area of 3,800 square meters. It features the traditional architecture style found in a waterside town in southern China, and displays the quintessential elements of the Suzhou gardens – the courtyards, pavilions, and pagodas.

The Changshu Municipal Government honored the Academy with the name Yushan Academy. The Yushan Academy reflects the hope of the Changshu Government for UWC to be a bridge that connects eastern cultures and civilization with the rest of the world. It also represents the passion of the founders of UWC Changshu China to carry on the longstanding name of Changshu as a city that cherishes knowledge and learning.

MORE
02 Centre for Design and Innovation

"Design for Peace; Innovate for Sustainability"
Established in September 2018, the mission of the Yushan Academy Centre for Design and Innovation is to provide meaningful educational opportunities for UWC students and the wider community to design and innovate collaboratively for peace and sustainability.